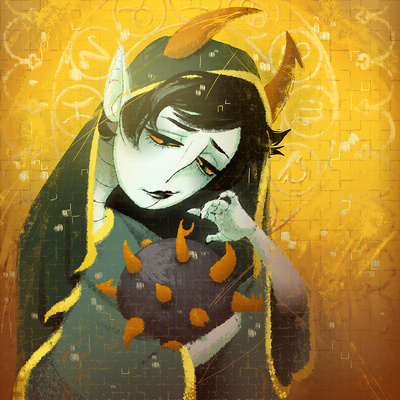 I made this 7/8 piece a long time ago, but I feel like it fit well for GA, so I revamped it. It's kind of ghostly and alien in its presentation. But it's also kind of flighty and... caring? There's no way for me to pin this song down with words. Words are heavy. This song is pure flight. The two don't mix. Just listen.

The drums that come in halfway were basically inspired by the Coffee Scene from EarthBound. Really similar stuff there. That song also inspired Gamzee's tune. I guess I just really like it a lot.

What I really imagine is GA walking up in the dream world and flying around, observing the blue orb in the sky and admiring the environment around her. Then she goes and finds AT, wakes him up, and he's totally pumped and happy and flies around doing loop-de-loops. And he's really thankful and all, and kind of wimpy living out his fantasies with his friend watching him.

And then at the end of the piece they both go back to sleep, so they can wake up.

(I imagine that GA would be on the other moon than Tavros actually, but... now that I think about it, wouldn't it be fitting if the two "teams" were split up according which moon they were on? So maybe it's not too far-fetched that I'm thinking this.) 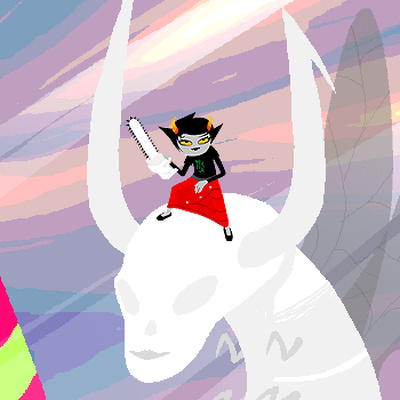