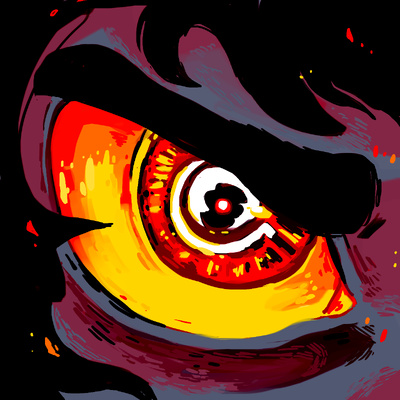 John's battle theme is simple with a heroic theme. It's catchy and brilliantly written.

There's some contrast here. In fact, when I was paralleling the original albums, Alex Rosetti (Albatross Soup) told me that it didn't work as a parallel because it was a little bit too... all-over-the-place. But in the end I feel like this works for Karkat. After all, he's a ride, indifferent guy, and wouldn't settle for any song that he couldn't firmly rage to.

Interestingly, the melody was created by just stringing notes together until they made an interesting rhythmic and melodic arrangement. Then I added harmony and a disturbing amount of manual vibrato. When I was making it I worried that the melody would sound too forced or forgettable (especially given the way I created it), but in the end it turned out alright.

This is a good time to note that I use a VST to emulate the sounds of the Nintendo, not Famitracker (which gives real NES sounds). When I tried to change the pulse mid-note on my VST to get some Virt-esque instrumentation, it kept giving me this static clicking sound. BARF! So that's why the instruments stay the same throughout. I aplogize if the homogeneity bothers you but I figured that the melody was badass enough that its unchanging pulse width is irrelevant.

One last note: At the time of writing this (July 17th) I'm still not credited for this in the comic. Are you reading this, Andrew? Did you forget something????????????

no wait let me count these out

ok that's better. now I am the biggest jerk. 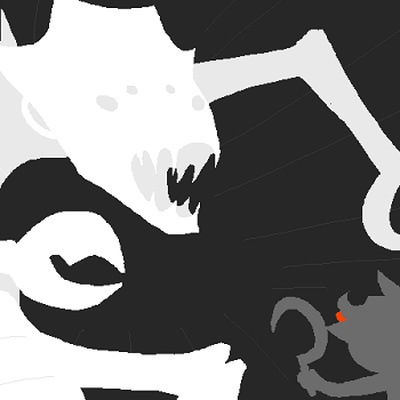