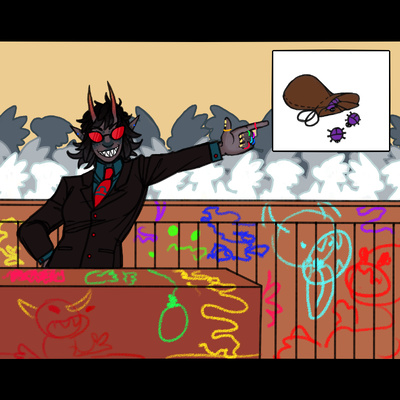 Tracks that reference The Lemonsnout Turnabout:

Terezi (played by the harpsichord) finds Lemonsnout (played by the oboe) at the scene of the crime, red-handed. Or red-snouted, whichever. There is a panning shot to the courthouse which looms ominously, covering the horizon.

Later, in the courtroom, Lemonsnout weeps for his innocence as the infernal grandfather clock tick-tocks in the background. It's the kind of ticking that resonates with a man's heartbeat. It resonates.

But will the jury listen to a man like that? SUSPENSE.

Lemonsnout's weeping proves to be fruitless. The trial begins and Terezi refutes his alibi, the evidence on his side falls through, and it looks as if Lemonsnout is deservedly doomed.

However, a glimmer of hope appears - but it appears only to be swiftly extinguished by Terezi's quick wit and sharp tongue (he really does taste like lemons).

Lemonsnout then goes mad, screaming of his innocence until he is forced to concede. ORDER IN THE CORT. ORDER, the judge yells. LAW. LAW!

Fortunately, the judge decides that fate will give Lemonsnout one last chance. Terezi flips the coin, walking slowly towards the now-shaking Lemonsnout. The verdict is observed:

JUSTICE IS BLIND, YOU FOOL!!

(Lemonsnout screams as he is thrown out the window.) 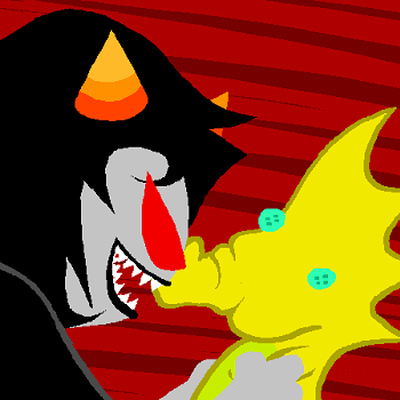