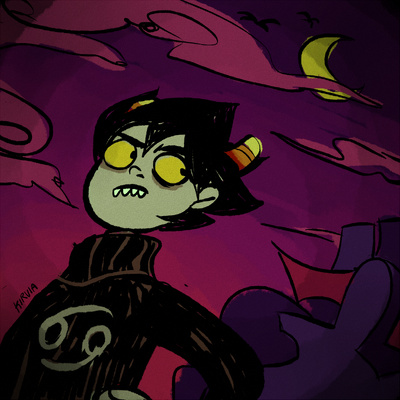 Harlequin (partial) was the first track of Homestuck. Therefore it only makes sense to have something similar be the first track of Alternia. It's not the craziest or intensest thing, so I hope people aren't put off by its inclusion at the very beginning. I feel like it fits the start of the album well though - the variety in noise channels and the oddness of the melody and chords give it a bit of a laid-back "alien" feeling that I feel encapsulates Hivebent. In short, it's the scenesetter track (Sunsetter??? NOPE).

In any case, hopefully Mark J. Hadley won't sue me for CREATIVE LICENSE.

Oh yeah, Cindy (Betelgeuse) says this track reminds her of an undersea carnival, and that the ending is when all of the underwater elephants are climbing up on top of each other, about to topple down. And that's why it's the best part.

I think that's the best way to describe this song.

Just don't try any other way. 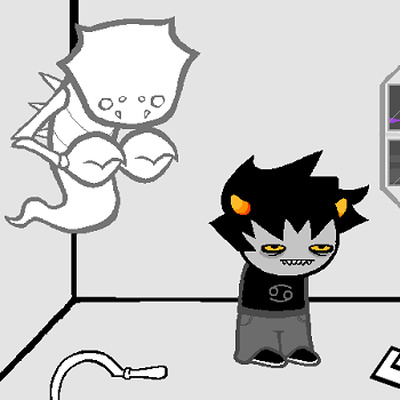