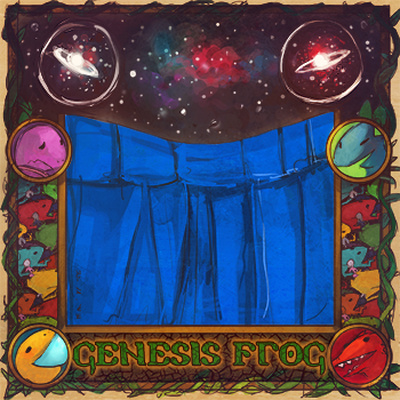 Part 2 covers all the Consort themes!

After the introductory tracks are over, the album shifts gear and an intermission of sorts is instigated by the Consorts, who love the Genesis Frog very much and worship Him the same as the Prospitians do. I decided it would both be fun and shake things up if I composed a theme for each group of Consorts we meet on the kids' four planets during their Sburb session. Represented are the Crocodiles of LOHAC, the Turtles of LOLAR, the Salamanders of LOWAS, and the Iguanas of LOFAF. Some are more characterized than others, but I made do and crafted a unique theme for each of them.

The character of the music during this section is a bit different than the rest of the album due to the inherent silliness of the creatures it is representing. The Consorts are all also, for lack of a better word, dumb. The music reflects that too. This intermezzo transitions from the serious tone of the first section of the album into the absurd rom that is about to follow. The idea of including two intermezzos in this album came from the Actraiser Symphonic Suite, a collection of orchestrations from the SNES game Actraiser that used this classic "in between" sort of music as a way to reiterate a recurring theme. I use these little movements in a slightly different manner, but the spirit is the same. Musically, this is a simple interlude that states all the Consort themes that are to come in a solo viola accompanied by pizzicato strings.