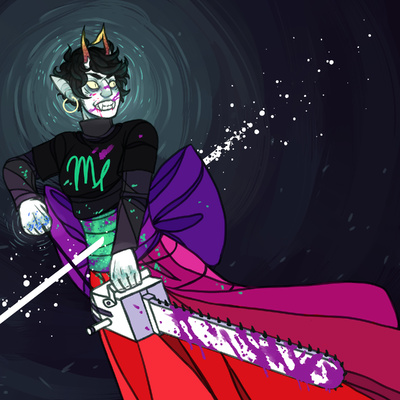 Requiem of Sunshine and Rainbows

I wanted to make a Castlevania: Symphony of the Night-influenced theme for Rainbow Drinker Kanaya even before Radiation announced he wanted one, so this was the perfect opportunity for me. Somehow a bit of Infected Mushrooms influence got mixed into it as it became more synthesized and trancey.

The chiptune segment at the end is basically a nod straight to the original Castlevania games; I wanted to make the Castlevania influence obvious.

All the song titles from the SotN soundtrack have appropriately gloomy and foreboding names like "Moonlight Nocturne", "Requiuem for the Gods", "Land of Benediction" and "Death Ballad". Kanaya is basically the Alternian equivalent of a goth, and I've always found it hilarious how goths and vampire-fans on her world are all about sunshine and rainbows, so I thought it would be funny to incorporate that weird dichotomy into the title.

I like the idea of having two diametrically opposed Kanaya tracks one right after the other. Saves me the trouble of pointlessly bifurcating Kanaya's song like the other ones.

What is a troll? 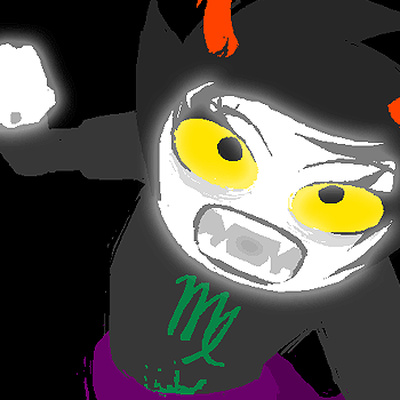