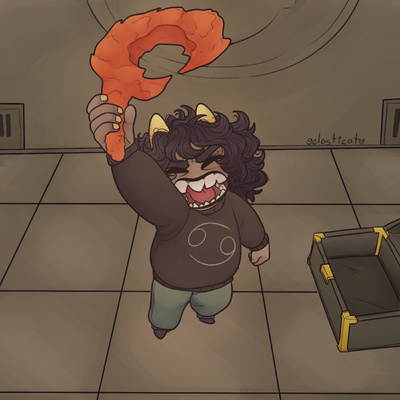 Alternia began when I created Crustacean.

AlterniaBound began when Andrew asked me for a looping version of that track - Crustacean - to use in a flash. Initially this song was simply so, but after I learned more about the scope and depth of the AlterniaBound project... I decided that more of a change was in order for the track. (It was at that point that I also decided it would be cool to have some hidden tracks... leading to the early premiere of many tracks that would eventually be on Homestuck Vol. 6: Heir Transparent.

A little while ago, I finished the "final version" of this track. It's not incredibly melodic or wrenchingly dire like my usual fare, but it still remains one of my own personal favorites:

I hope you like it too. And if you don't, I hope it pisses you off as much as it annoys Karkat to have this song play wherever he goes. That's all I can hope for. 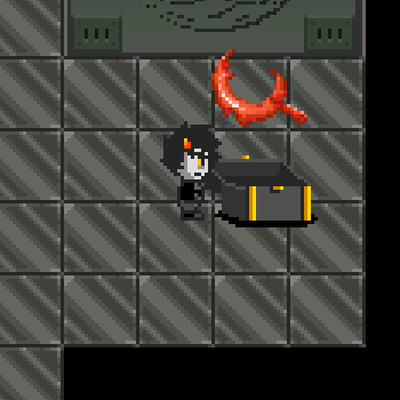