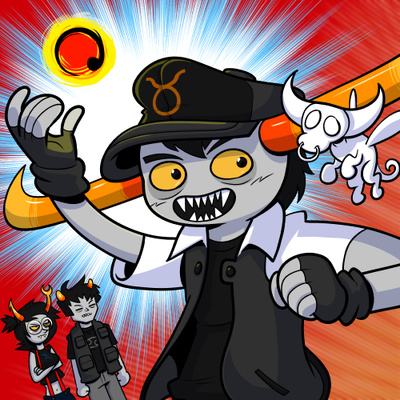 uHHH...I DON'T REALLY KNOW HOW TO BEGIN THIS COMMENTARY. So I might as well just introduce myself as MightyMoose. I do a lot of really short tunes for Homestuck that are often more silly than epic-sounding. And this is another one! More specifically, this is a remix of Radiation's "dESPERADO ROCKET CHAIRS" in the style of a Pokem-- er, Fiduspawn battle.

As a handful of you on the forums may know, I've always been a bit of a Pokemon fan. Other songs included in Alternia have focused more on SGRUB or Flarping, but I've wanted to do a Fiduspawn song for a while now. This song kind of acts as an homage to both Tavros and the old Pokemon games. I tried to invoke the style of the battles in the classic Game Bro Boy versions when creating this song.

Listen closely and you can hear snippets of other Homestuck pieces! I absolutely love doing this. (Most of my other songs feature the opening notes of Vagabounce somewhere. Ooh, go find them! It's like a treasure hunt!)

This track was awesome to work on. David's songs are always really darn fun, and while fiddling around with it I was barely cognizant of the irony that I was arranging someone else's remix of my own track. Hope you all enjoy the little touches I did with the drums and the weird guitar-ish NES synth.

This is probably the music that's playing in game when Terezi and Karkat are playing on the cover. 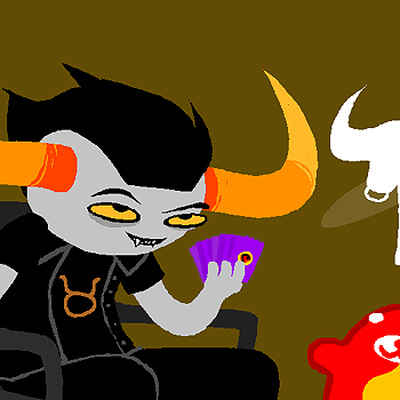