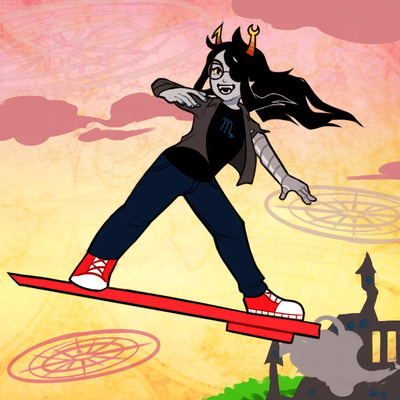 I knew Spider's Claw was much too harsh to be used as anything but a battle theme, so when it came to AlterniaBound I decided to just start over with a remix. I cobbled together a collection of unrelated soundsets and generated a jazzy, laid-back version - which, despite its tempo, still sounds kind of jarring and discontent due to the clashing of textures between instruments.

The tune's upbeat enough that you can't stand up to it. It will kick you down. It's pretty strong for how dinky and messy it is! It's also the kind of piece that could be kind of pretty if its voice wasn't cracking every three seconds. Chances are you'll either enjoy or find aspects of it extremely annoying... but that's kinda the way she is.

Like Terezi's theme, the piece's second part contains another reprise of "Theme" in the piano - but to contrast the other Scourge sister, Vriska's version of "Theme" is hopeless and dark. Where Terezi showed hope and emotion, Vriska only shows fear, anger, and loathing due to the repression of her own emotions, her upbringing, and her rotten attitude. In the flash, the high and low of the theme repeat indefinitely... on the album, the piece ends, but on an unresolved chord.

Who knows what's up next for her? 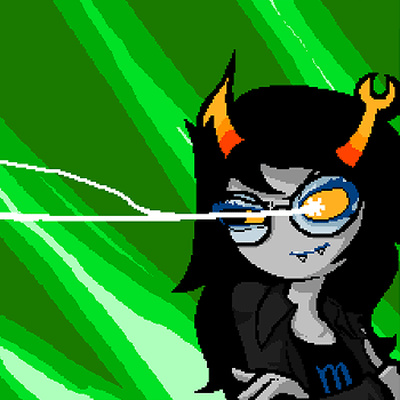