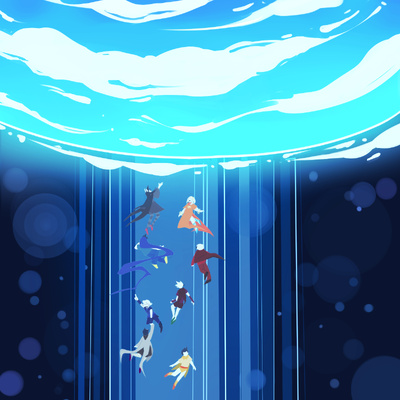 This track has quite the story! It was originally meant to be fake "loading screen" music, to accompany a parodic video on the Cool and New Music Team youtube channel about Overseer v3 (a web-based sburb web game, whose development team I used to be part of) being shut down by What Pumpkin (though the C&D was later found out to be fake). The project fell through, so I continued working on it and posted it on the LOFAM Discord server, where it got approved (thanks Lambda), though the deadline had tehcnically passed.

it sounds like a song for the beginning of a cool adventure! so that's what i drew :o