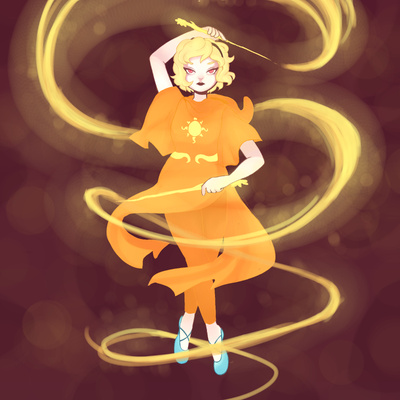 While Harlequin was the first piece of mine to appear in Homestuck, the first piece I actually wrote for it was Aggrieve, and so I felt it was only fitting to make another mix of it for the final album. Plus it gave me an excuse to try writing it in a metal style! I'm not sure it could still be considered Rose's "official theme" anymore (not after the mountain of excellent music the team's written for her over the years), but I still like to think of it that way.