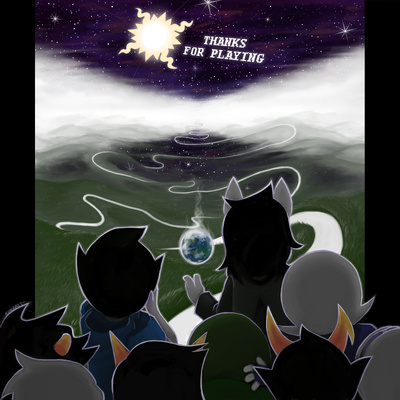 Tracks that reference Thanks for Playing:

Thanks for Playing was originally conceived as a theme for Calliope, back before the Cherubim album had been released. At that time it had a runtime of only one minute, so when Volume 10 was being organised I ran with what I had and extended it into the piece featured. I felt that the initial theme has an air of purity, something that lent itself well to the birth of a new world - hence its allocation.

At least, that's how I'm justifying it. In reality this can be considered a Calliope piece at heart.

This is a realy fantastic song that I'd been rooting for from the start, and when given the chance to do art for it I was intent on making sure it got the beautiful art it deserved.

We had very similar ideas for the visual direction, and I think I've done the concept justice.