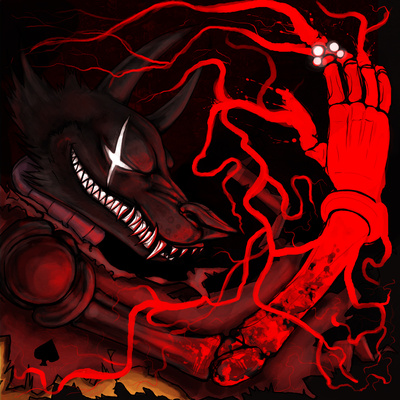 Red Miles was the first Homestuck song I ever completed, early in 2011. I had just installed a new copy of FL Studio after losing my old copy in a hard drive crash two years earlier. I imemediately threw together about five Homestuck songs in a desperate attempt to get on the music team. Shortly thereafter, I discovered about a thousand other fan musicians like myself (and also LOFAM I), and quietly accepted that I would never, ever be on an official Homestuck album.

A year and a half later, Red Miles definitely sounds like a first attempt. My only objective was to try to make the most over-the-top, attention-grabbing chiptune-metal song I could muster, so I threw in every trope I knew: the pipe organ, the wall of 8-bit synths, the Inferno electric guitar patch, and the Sburban Jungle motif (which I would use many, many more times). It may have been a bit much, but it was a necessary first step.