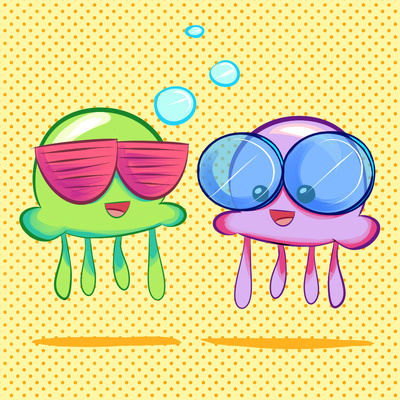 Tracks that Squiddles In Sunglasses references:

Squiddles in Sunglasses was originally part of a 6-part Homestuck medley that as going to be around 12 minutes long when finished. Halfway through I realized that I didn't like anything I was writing, so I did what any good artist does when faced with self-doubt and gave up. A few months later I listened to the old project files again and liked this part enough to make it its own piece. I think inspiration for this style came from Average White Band's Pick Up the Pieces but I can't remember for sure.