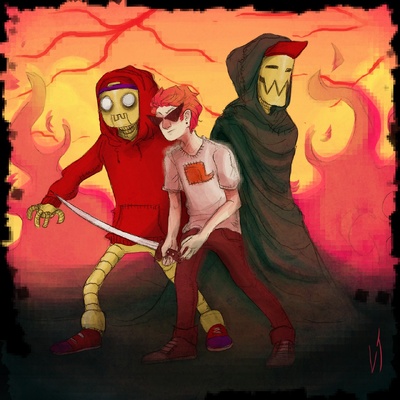 With 16 songs included in the mashup, it's a far mroe complicated piece than the original. I tried to include many songs from Volume 8, like the Ocean Stars Falling bit near the end. I think it flows smoother than the original due to both song choice, and the one-year difference in skill level when creating the song. Both are made entirely in Famitracker.