Sharing some of the first unofficial albums, the Homestuck Gaiden was a home for albums not accepted or marked for Official release.

Previous: Homestuck for the Holidays

Previous: Homestuck for the Holidays 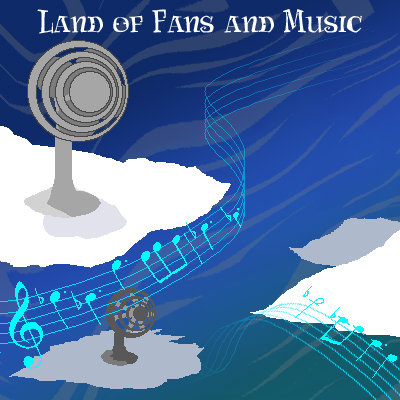 So. I'm Elaine Wang, orngjce223, electronic orange juice; and I do stuff. A lot of stuff really, like dragging a friend along on a dizzy jaunt through philosophy and moral free will in the context of Skaianet Laboratories, while writing an outline as to how to create a Rose Strider AU, while attempting to forecast whether GIF or PNG images will be readable in fifty years, while tossing around a rhythm in my head which might or might not turn into a song, while figuring out what environment variables to set in a bash shell to make it look as much like Homsetuck as possible, while doing pixel art to fill in the gaps, while cooking pasta.

...No wait, not all at once. Or the pasta burns and I have to throw it out and start over. It is a thing that has happened more than once, sad to say. But I digress.

I came to Homestuck via following the network of webcomic artists via those piles of links they have, "these are some other webcomics that are cool".

I caught up right about [S] John: Sleep.

[S] is very cool. I follow that bracketed letter like a Pied Piper, through WV: Ascend, through Rose's entrance and Dave's entrance and the Midnight Crew. I follow it through Descend (which is right around when a certain someone I was close to realize I liked Homestuck more than I did him. Oops, I guses there's a reason I identify as asexual). Idly I venture onto the forums, with fanfiction and speculation and world-building.

Then someone called Bill Bolin doesn't want his music in the comic anymore for some reason. So something not entirely unlike this happened:

"Hey hey isn't that bassline going to have to be replaced?"

"Oops. I already made a bassline for you. Here here listen to it."

"Can I do something else maybe? Please? For later?"

This is about when I figured out that yes, there is a thing called the music team and no, they're not accepting applications. Oh well. I just figure I'll keep making music since I started.

And then I just never stop.

So this is basically how I came to want to collect this music, polish it. People tend to complain about having to take the time to download the entire fanmusic thread one song at a time - and those people probably don't really have an inkling of how much good is in fanmusic.

This album is a celebration of fanmusic, yes - but it's also intended as somthing to bring it to more people than would ordinarily venture onto a forum thread, several dozen pages long, in the Art Forum, in the MSPA fan forum, tucked away in a small corner of the Internet.

So while you're here, I'll say two things:

Firstly, maybe there's something you think you want to do. Maybe you're not good at it, but if you like it, and you practice, and you have people to give you good critical feedback on how good you are at it, it'll become something you're good at. Ask someone who's good at something and they'll say the same thing. (There are exceptions, like six-fingred pianists and seven-foot-tall basketball players. Not often, though.)

And secondly, if you don't already know what Homestuck is before this, maybe you should look. It is a tale of four children, and the beta test of a game put out by a mysterious company. It is a tale of twelve trolls, and two games that turn out to put one in danger of life and limb. It is a tale of four archagents, and a mansion run by a man with a cueball for a head. It is a tale of spirit quests and hilarious-looking weapons and data structures and self-consistent time travel and what happens when creativity is the driving force of the universe.

So that's all that I want to say, really.

To Elaine Wang (electronic orange juice/orngjce223), for initiating the project, and for writing the foreword to this booklet.

To Jeremy "Solatrus" Iamurri, for his magnificent work in mastering the album.

To Catboss (konec0) and melodiousDiscord, for pushing the project forward, and crafting the commentary booklet.

To Robert J! Lake, for giving us a spot on Homestuck Gaiden.

To the music team, for gifting us with a veritable smorgasboard of sound.

To Andrew Hussie, for authoring the nexus of sheer creative energy we call Homsetuck.

To anyone else who we might have forgotten, and to everyone who didn't contribute art/music/nominations, but supported the project nonetheless.

Thanks to everyone who listened to our music!

We hope you enjoyed the first-ever Homestuck Fanmusic Album!