Next: Land of Fans and Music 3 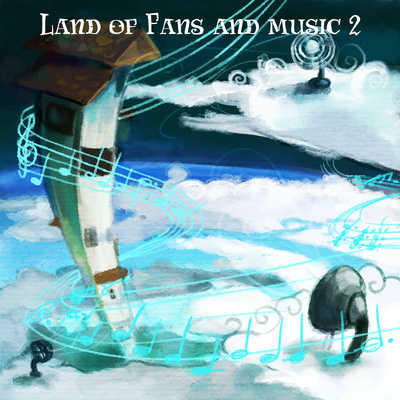 No, this album is special to me because the original Land of Fans and Music holds a very dear place in my heart. It was the first album of Homestuck-related music I ever owned. I played it over and over, and read the album commentary until I damn near had it memorized. It was LoFaM which spurred me to stop lurking on the MSPA forums and dive headlong into the collective insanity we call Homestuck fandom. And right when I did so coincided with the start of the second fanmusic thread, and a guy named Underwater Basketweaving posting something he called Fighting Spirit. I downloaded it, loved it, and have been hip deep in collecting fanmusic - not just that already collected for my convenience in an album - ever since.

Fighting Spirit is in here, and its sequel, and many others I and my compatriots ran across in our scouring of not only the fanmusic thread but tindeck, soundcloud, tumblr and basically anywhere on the big wide internet where MSPA fans celebrate their love of this remarkable work of fiction through music.

It's my hope that, having gathered it all here for your convenience, you too are spurred to start your own search for the best, including many pieces that for one reason or another we had to leave off. The Land of Fans and Music is not just this 2-disc set or its predecessor; they're only the tip of the vast landscape of amazing talent. Come in. Explore. Get lost in it, like I did. I haven't regretted it for a second.