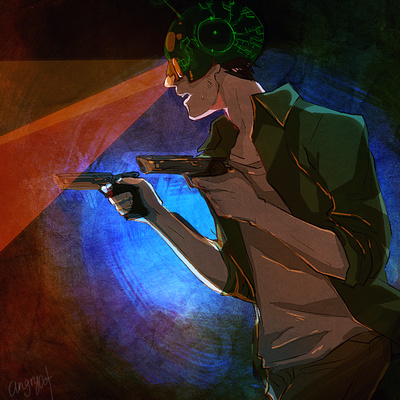 The first song I made for the Homestuck contest, and IMO the best! It's supposed to be a Showtime for the new generaiton, a strife theme for Jake English - although the melody ended up sounding more like Dissension than Showtime. The progression is spposed to be Showtime-esque as well, starting from the piano refrain, going into a chiptune-esque portion, and finally building to a BOSS FIGHT version, using punchy drums (the punchiest!) to simulate gunshots.

So close your eyes and imagine Jake doing that thing where he flies through the air shooting both guns at once. Yes. So sweet. Wouldn't it be great if there were an animated flash to go with it? That would be SUPER SWEET.

(Bonus fun fact: the last 30 seconds of the song was actually the first part to be conceptualized!)