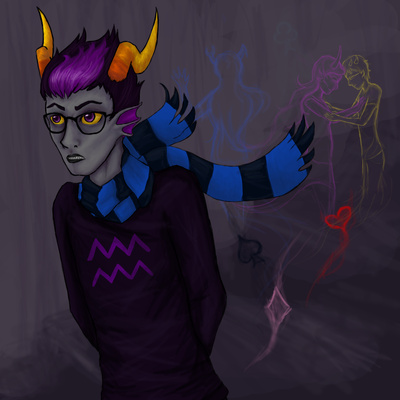 I am a prince and I live in a ship and I aim my rifle and I shoot from the hip
and I have a friend I pity quite a bit
She said, "Grab your gun, let's have some fun, share with me your perigees
I have responsibilities, I cannot run!"

"I do not wish the death of any living thing,
I might be a killer but one day I shall be a queen
and put an end to slaughter, but until then I'm keen
on staking claim to land and sea and everyfin between."

I played a game with eleven fools who told me not to break the rules
but when have angels ever helped me yet?
And magic isn't real and anyway, it doesn't matter
cause no matter what I conjure, it could not help me deflect

the angry death of every hopeful thought
that I might a lover or a fighter that I'm not
In someone's spider web or net I could be caught
but I'm too bitter, better off alone, guess I forgot

So what? Do you want me to say sorry?
Should I apologize when you ignore me?
I didn't ask to be right or to be lonely
or to be hatched into an ugly story

I am a prince and I had a pair of princesses in two sharp squares
but then I guess I bored them both to death
And now I think my calling is to break apart and fall to pieces
Better yet, invent a brand new method of ascension

I'm impressed, you've managed to survive
but rest assured we'd all be better off dead than alive
cause when they get ahold of us, we'll all be batter fried
and I'm surprised that nobody's considered switching sides

So here I am, respectfully and royally destroying
any chance of getting back on your good gills
And I don't mean to be hurtful, but if yellow's the new purple
Well, then bleeding's the new breathing, don't you think I will!

I used to wish the death of every living thing
I might be your killer but you'd never be my queen
so put away your laughter, pack up your hopes and dreams
I'm done with black back-handing and red pandering, it seems

That I am just pathetic, I won't be overlooked!
I'm past the point of fishing to get back upon your hook!
I've made a manifesto, I've been bested by a crook! But never more!
I'm planning on reclaiming what he took...

Oh my, this pantomine is getting gory

This song chronicles Eridan's thought process and a bit of his history leading up to his death, and examines why he made the decisions he did. I think there's a lot to his character people normally forget and I just wanted to expand on his motivations a bit.

The first time I heard the song I thought it described Eridan perfectly. It's about being left behind and distrusted by the only people he ever put faith in. He's angry and selfish and decides to forget about them in favor of his own goals. I wanted to show him essentially walking away from the ghosts of his past and doing his best to ignore how much they've hurt him.