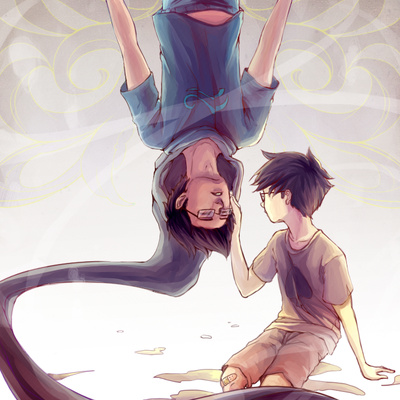 Till The Last Breath

Tracks that Till The Last Breath references:

Originally titled 'A Heroic Death', this song was my second entry into the Homestuck Fanmusic contest, as well as the second song I've ever released in general.

My intention at the outset of the contest was to write a theme for Tavros, my patron Troll and a character who I thought would otherwise be under-represented among the competition. However, every time I sat down to work on the song, I found myself experimenting with several of John's themes instead. Eventually I relented and combined those experiments into a song for John.

Even though neither of my entries was selected for the contest album, I'm still immensely grateful for the experience. The process of preparing my songs for the competition taught me a lot about music production and showed me some of the areas I might improve on in future (specifically: I need to stop quoting existing songs so much and focus on creating original melodies).

So again, thank you Andrew and everyone on the music team; both for that opportunity and for all your creative work which inspired me in the first place. Thanks Jit for offering some last minute advice (though I didn't get a chance to implement half of those suggestions...). And, of course, thank you Liza and Xzaz for organizing this second Homestuck Fan Music Album; your dedication and enthusiasm is truly an inspiration.

This shows little John asking his older self if they saved Dad from the game. I wanted to reflect some inner workings in John's mind, he still thinks about his only family rather than simply drawing him as powerful and never giving up like in most pictures.