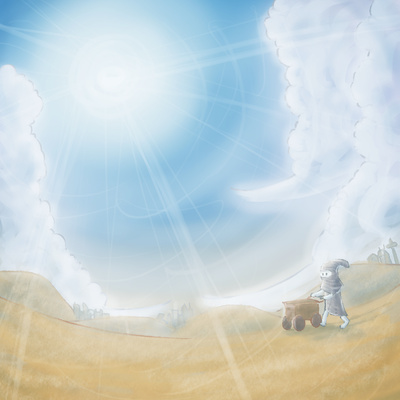 When the Homestuck Music Contest first opened well over a year ago, I'd really only just started exploring my love of creating music. This track (which is based around the Exiles years in the future) and one other are actually only the third and fourth tracks i ever composed! I've improved alot since then but I always had a little bit of love for this one. When LOFAM3 was announced I made a snap decision to spruce up my little deser themed tune and bring tumblr's attention back to it. I'm honoured that such an old track of mine is still considered worthy of LOFAM, to be honest!