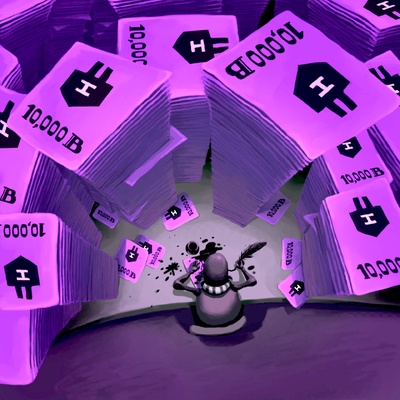 Tracks that Sketches in Black references:

Originally supposed to be a practice project so I could learn how to sample, I added in a few piano riffs from Black and it took on a life of its own. The most obvious sample is from "It don't mean a thing if it ain't got that swing", but other samples in there inclue the trumpet from an old 1940s big band song, and the drums from "Paint It Black" by the Rolling Stones. For a song that wasn't even originally a song, I think it came out pretty well. Enjoy!

If another one of these commentaries ends with "Enjoy" I am going to punch everyone.

Great perspective work on the art.