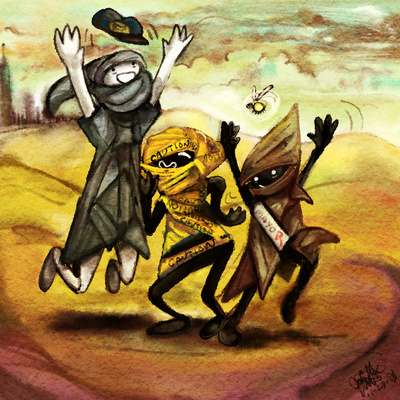 What even is keygen music? I have no idea, but if it exists, I hope this sounds like it.

This song is pretty important to me. Prior to completing it in March 2012, I had really only been making small loops in FL Studio that only had one or two instruments, save for two submissions I'd sent to the Homestuck fanmusic contest, which, while pretty good in terms of structure even by my standards today, didn't exactly have much to them in production value. But when I took it upon myself to rearrange Explore, that suddenly changed. I was extremely self-deprecative about it at first, but as I began to listen to it more, I realized that it didn't sound all that bad- in fact, it even sounded.. tolerable, compared to everything else I'd made. And that was essentially when I resolved to work on making my music sound even better.

In fact, people liked it enough that it was nominated for LOFAM 3, no more than a year later. Having improved a lot by that time, I decided to touch it up a little, and this version is the result. I didn't really change all that much, besides adding and tweaking a few instruments, but I hope it sounds better nonetheless.

My interest in doing Homestuck fanart has waned over the past few months, but I will always have a soft spot for the exiles no matter what. So it is only natural that I do goofy exile art for an Explore arrangement! Even though I was seriously burned out on art in general when I did this, I think it turned out okay. Goofy, happy exiles always turn out okay!