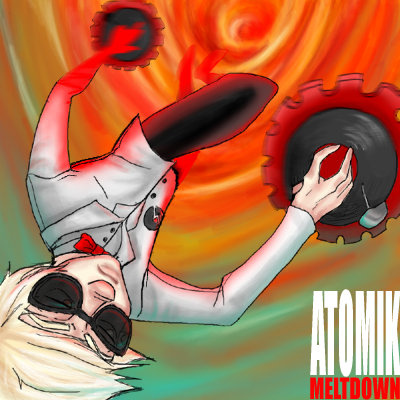 I liked the idea of Ebonpyre being used as a strife theme for Dave, so I wanted to go a little further with it. I imagined Dave using a lot of time-skipping while he fights (as represented by the record scratches).

Atomik Meltdown was probably my first real foray into fanmusic. I had written two remixes previously, but I didn't really spend much time on them. Looking back on this song now, all I can see are the mistakes and the naive part arrangement. At the time I remember really being excited about this. Thank you for the nomination.

All the warning siren things in it made me feel that a powerplant was about to explode. So obviously Dave needs to be jumping out of a swirling mass of liquid fire at an interesting angle to show this.