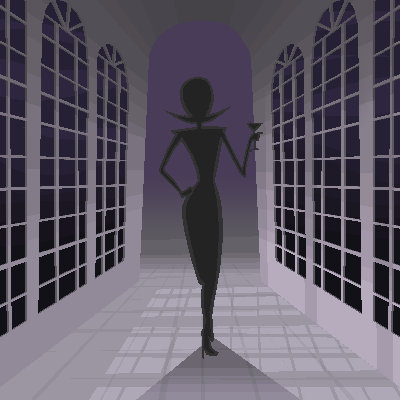 This is a piece that found inspiration in pretty much everything. The main influences in this case were Bach (instrument choice), the Professor Layton Theme (throughout, mainly the introduction and melody that the violin takes), Explore, and The Felt album in general. The inspiration from Professor Layton, drawing from video game themes, also affected my choice to make this loop(able).

House of Lalonde was always intended from the start to be the theme for some sort of home. Orginally, it was going to be for Doc Scratch's study... but the only reason that never happened was because I couldn't find the right organ sound (the kind you hear in Scratch). So, scrapping that idea, I continued to set about sculpting a theme for a sophisticated abode, and eventually reached the conclusion that it would work rather well for Rose's. I may extend it some day...

"Somewhere a zealous god threads these strings between the clouds and the earth, preparing for a symphony it fears impossible to play."
-- Charles Barkley