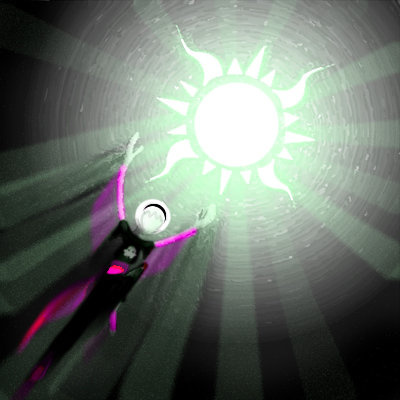 I saw the updates for Rose blowing stuff up and finding that giant Captchalogue card with the Green Sun on it, and then someone said "is that a strife specibus card? What would that be? Starkind?" or something to that effect. And that inpsired me to make a pretty awesome boss song that was too much like other things I've made to put on an album.

Originally this picture didn't have Rose in it at all. It was just a generic silhouette standing, holding a star on a specibus card. That was kinda lame, and didn't really fit the feel of the song. I think I improved it.