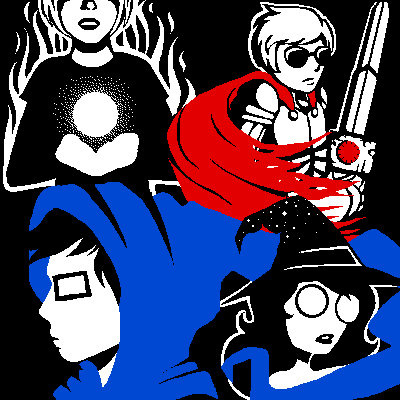 Generally speaking, it's fairly uncommon to find a Remix or Arrangement authored by me; I much prefer to write from scratch, using my own material. However, one stormy winter night as I slept curled up in my cave, the spirit of a great troll came to me...

Hold on, I think I have the wrong story.

Anyway, shortly before Christmas, a friend of mine suggested in passing that perhaps I could put my musical talents to some practical use in the context of Homestuck, which he'd recently managed to convince me to read and I'd become instantly hooked on. We tossed around a few ideas and eventually came up with the idea of stringing together the land themes of the four kids to create some sort of medley. Unfortunately it was a fairly busy time for me, with lots of projects requiring my immediate attention.

However, as Christmas approached, I made the decision to inform all my clients that I would be taking time off writing music for a few weeks to "celebrate the holidays", which in actual fact resulted in the creation of this arrangement!