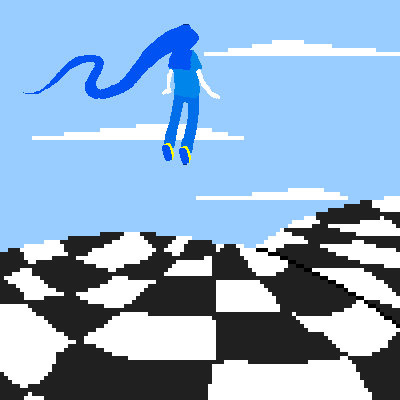 Here's a little song I made after the update with John and WV in the flying car. I don't really have much to say about it, I was fucking around on my keyboard one day and played those chords you hear and thought "yeah sure that sounds good" (I have no fucking clue about chord progression or any other technical shit). I added the stuff at the beginning next because it sounded weird just jumping right into the chords. The drums are a combination of a preset that comes with Fruity Loops with a filter over it and a sampled drum loop I had lying around with some echo and reverb. The drums near the end are more samples I threw into a slicer and distorted.

I don't really have a plan or anything when I make a song, so whatever happens kinda just happens, which is probably why I have nothing to say here. But either way I'm flattered that people even wanted me on this album so thanks for letting me join this project.