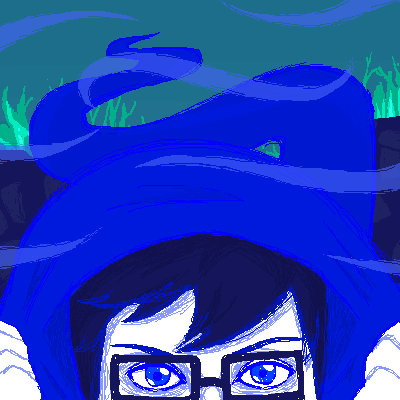 Tracks that reference Emissary of Wind:

Emissary of Wind is the musical narrative of John flying around with his jet pack. As badasses are wont to do. I composed this song entirely in Gar(b)ageBand over the course of a month in an internet-scarce interlude in my summer, not long after Volume 5 was released. Songs on that album, particularly Sunslammer, were my main inspiration.

I put the song on Tindeck once it was finished, and without linking it anywhere, I found that it had over 200 hits the next day (I'm still not sure how this happened, though I suspect MyUsernamesMud had something to do with it). Months later, it is still my best-known song, and one of my proudest musical accomplishments.

This was the first piece of fanmusic I had ever listened to and it blew my mind. It is the perfect music to when John fully realizes his powers and gets down to business as the Heir of Breath. I was trying for a Hussnasty style to capture the less-goofy side of him, but the bottom line is: the Hood is up, the Heir is in. Time to kick ass.