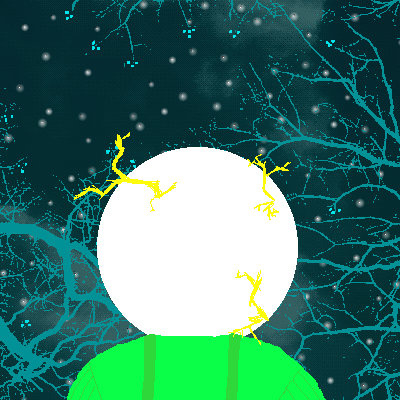 I can see this as music for Spades Slick and Doc Scratch's confrontation. Kind of like a fistfight in a 20s-era speakeasy. Except with less fists and more candy. And chiptunes.

This one was a bit of an oops moment haha! The way it was originally posted, I had thought the song title was "Chasing Fireflies" but as it turns out, that is Chase's full username. I had already made this up though. Doc Scratch standing on John's planet for some reason. With fireflies in the background.