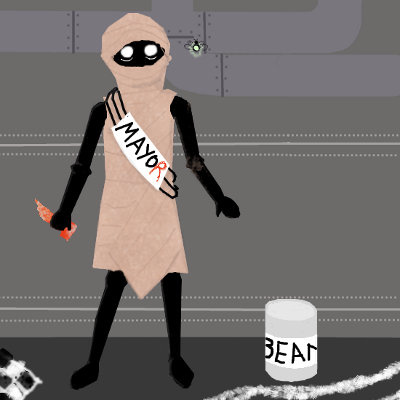 Dance of the Wayward Vagabond

I wrote this for a composition assignment almost two years ago. It was still very early on in Homestuck and the Wayward Vagabond was currently the only exile we'd been introduced to. This was also before I really started contributing "official" Homestuck music, so when I wrote this I thought of it as being more inspired by Homestuck and left it in the fan music thread. The performance features myself on piano and Meghan Kininger on bassoon.

My first attempt at drawing any of the carapace people in full, basically. Serenity rapidly became my favourite character ever to draw, closely followed by Citizen Beans. I kid. Mostly.