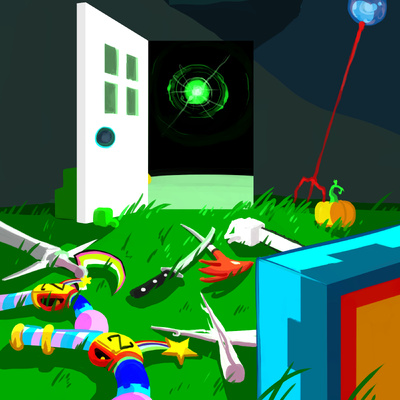 The End of Something Really Excellent

Tracks that The End of Something Really Excellent references:

The Beginning of Something Really Excellent is a fun song that takes place early in the story when not much is known about the world of Homestuck. The End of Something Really Excellent is a song I wrote as kind of a book end, a symbolic song that encapsulates the journey all the characters went on, and kind of retells it in song format. From the beginning the kids went into Sburb (Sburban Jungle), learned the mythos of the Medium (Skies of Skaia), took upon them the mantle of heroes (Dawn of Man), explored their worlds (Doctor, Endless Climb, Atomyk Ebonpyre, Frost), did a bunch of stuff to salvage their session (Cascade), scratched their session and made a new one (Another Jungle, Even in Death), reflected on the journey they went on (Do You Remem8er Me), fought a great final batteo fr the sake of the session (Skaian Skrimish), and beat the game of Sburb (repreise of Sburban Jungle), and with it reached the end of the story. And so did the readers.

Homestuck has been a heck of an adventure, one that I had the privilege of watching firsthand for some number of years. I am honored to be able to pay a tribute to such a beautiful thing with my comparatively small contribution to this project. A million thanks to Andrew Hussie and all the artists/musicians who put in so much work to make the comic into what it became. It truly was something really excellent.