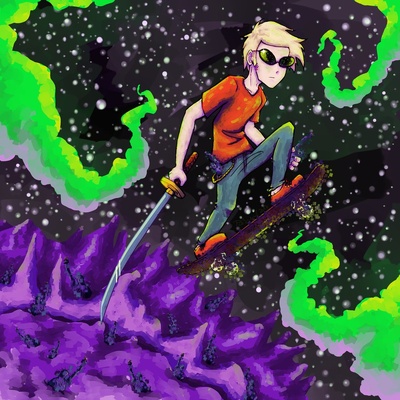 Tracks that Radness from Concentrate references:

I'd been trying to make a Strider theme for quite some time, when this idea struck me: What if instead of writing a Strider theme, I wrote THREE STRIDER THEMES? And then shoehorn in a variant of Beatdown because why not.

But in all seriousness, the wildly different sections of the song was more accidental and natural than anything else. I like to think parts of the song imply the introspection and humanity behind Dave and Dirk's cooldude persona, like the comic often demonstrates to us. And if not, at least we get a couple minutes of cool blues scale noodling.