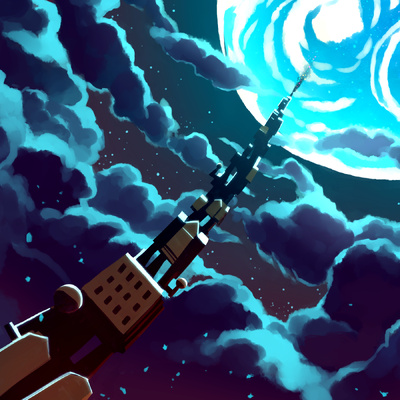 The song that eventually came to be known as Ultimate Alchemy started at a time I found myself listening to Volume 7's Earthsea Borealis, which remains one of my favorite Homestuck songs ever. One day, a melody popped into my head, and I started writing. At some point in the composition process I decided I might as well try to submit the song to LOFAM4, and with quite a bit of much-appreciated feedback from the judges, got it into a completed state. The biggest surprise as I was finishing up work occurred when Viko Riféo pointed out that what I had thought was the original melody throughout the song was in fact Bilions, which is a great song from the Genesis Frog album that I had embarrassingly forgotten about.

A lot of people helped me to get this song into the state that it's in now, and I'd like to take this opportunity to thank them. Thanks to Viko Riféo and Kusoro, who both had some really great ideas on mastering and percussion that ultimately didn't make it into the final song; to Wheals for giving it a final name, and ESPECIALLY to Seijen, whose mastering made the final product much better than I could have ever thought. And of course many, many, many thanks to Circlejourney, whose art is indescribably fitting and amazing. Finally I'd like to thank the LOFAM4 team for all their help and support, y'all are a bunch of great people and it's been an honor to have this opportunity.

The track is clearly about the Ultimate Alchemy, which I also find it very evocative of. I took that prompt on as faithfully as I could.

This is one part of a larger iamge formed of the covers of this, Crystalendofgames, and Black Hole / White Door.