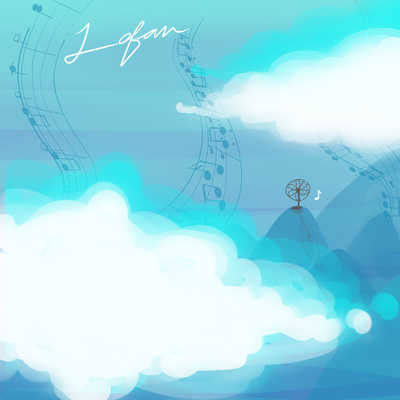 For a lot of people LoFaM2 is the best (released) LoFaM, which is... sort of weird, as someone that did it. Personally, I sort of think of 2 and 3 as parts of one whole because they were so close in proudction and a number of songs were moved from the former to the latter.

Also for a lot of people, the most represenative songs of LoFaM2 would be things like Alphamatic Replacement, CR1M1N4L, CR1M1N4L, Fighting Spirit, Dance-Stab-Dance, stuff like that. As the, uh, co-head of Loaf 2 though, I sorta always felt that Jackpot was the "most LoFaM2" song? Not sure exactly what it was. Perhaps that it had like three remixes (two of which never made it to a LoFaM), perhaps that it was my personal #1 "why wasn't this on coloUrs and mayhem" song. But, anyway, yeah, we did Jackpot. It's a neat song.

In my opinion, this track art perfectly fits the "calm before the storm" vibe of a middle before an end, like Disc 2 is before the endgame-themed Disc 3. I'll also note it looks incredibly fitting for the cover of a vinyl record, and with those bright colors and jazzy writing I'd check that hypothetical cover out the moment I saw it.