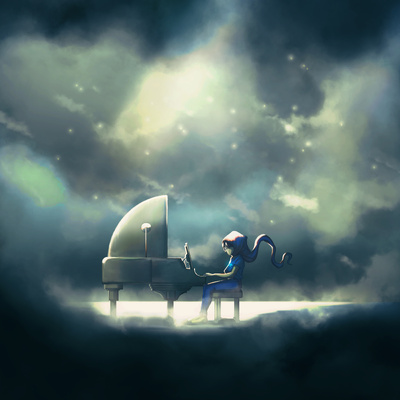 Homestuck Sonata was written around the time we were submitting pieces for Volume 10. The idea was to write a piece that loosely followed the sonata form from Homestuck Anthem being the first theme and Penumbra Phantasm (via FantasyP) being the second. It's also intended as a left hand practice piece so the left hand is much busier than in most of my other work!

This idea came to me after scrapping a few rought drafts. Originally I planned for an artwork starring an original hero, but decided to change it to something involving John because his associated instrument is a piano. It was a difficult piece to draw, but I am very happy with the finished result and feel I created something really dynamic.