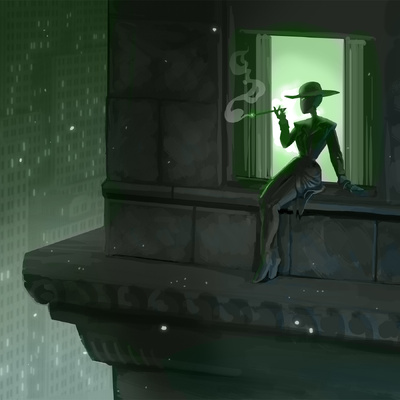 This song started out as a test to see if I could replicate that bassy blare from every major action film trailer from the past six or so years. Then, it evolved into a Rhapsody in Green cover, and the rest is history. While making this I had the image of the Midnight Crew's casino burning down as Spades struggles to escape, then I re-thought it over with Lord English's arrival into Jack's body, then Jake's battle against the leprechauns, until I eventually decided, "as long as it's Felt-themed, this song is about it". There are a few references to Felt-based songs in here, too. The aforementioned Rhapsody in Green, the eerie variation of English from early on in Carne Vale, the opening from Afraid of the Darko (although quite drastically rewritten for a cinematic vibe) and a hopeful piano reprise of Carne Vale as a reflection of the first defeat Jake had left the Felt with. Then it concludes with the tail-end of English, because the Felt never truly stay down.

snowman a la mal from inception. credit to power for the concept!