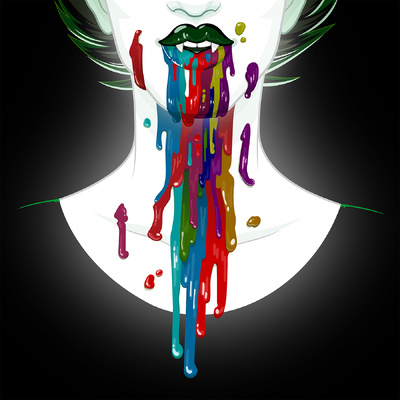 The concept of vampires has existed for millennia. There seems to be a split amongst modern depictions between vampires as grotesque being and vampires as alluring and beautiful. Exsanguinated, with its vocal samples describing disgust, expresses this, and the track art displays the dichotomy well, depicting a very beautiful Kanaya Maryam with blood in all the colours of the rainbow dripping from her mouth. Were it that Homestuck neurofunk should have a particular aesthetic sensibility, it would be bloodied rainbow-drinkers.