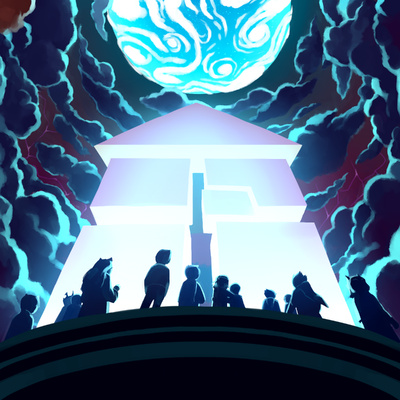 This track was assigned to me after the original artist dropped out. I decided to further extend the image formed of Crystalendofgames' and Ultimate Alchemy's track illustrations after several people expressed assent when I aired the idea on the LoFaM server. 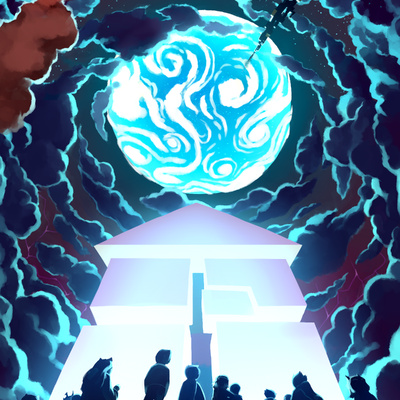 While brainstorming illustration concepts, I immediately ot attached to the idea of an image of the victory platform gang silhouetted in the light of the Sburb logo, and went with it. It's a shame that this scene is physically impossible due to the clouds being higher than the victory platform, but the picture looks far too plain without them.

The final boss is beaten. The game is won. The lights fade and the world begins to disappear. A gaping maw drags all into it, even the very fabric of reality. In the distance, a door opens.