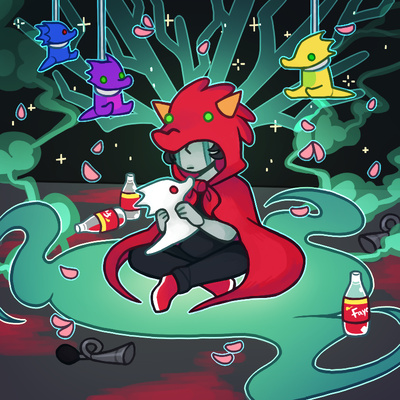 I was putting on airs,
as I put up my hair
to look right through,
like you're not even there
and I've cried in the night...
for the fate of a knife,
when object's destiny ends a life, and I

can't quite put into words,
the things that I've heard.
the riddles I thought that I'd solved when I learned
the way, oh, everything goes...
I couldn't quite know
it just took a while for the true facts to show

and I covered my eyes,
though I couldn't see lies
the ropes I wove were a terrible kind
and it still doesn't work
when I... justify
with thoughts that ran through the back of my mind

and blood's the thing that I've made!
oh, every day...
I fill hollow bones and the vacuums of veins
but, still, I don't want to kill
if I never will,
the fate of it all is the bitterest pill

so I've wrapped myself fast,
in a shawl of the past
to make good memories try to last
and the tall branches burn
all the quicker, I've learned...
it's frightening how the tables can turn.

This is a song I wrote many years ago, from Terezi's point of view after she killed Vriska. When you look to the outcome of a choice, are you really seeing all that could be, or are you, by consequence of looking, only trapping yourself in the position of making that choice? You can't really see all that the future could hold. You couldn't take it, anyway.

At the time I wrote this song it was mostly theorizing, but it's helpd up through the years (thankfully), so I took the chance to rework and record it for this album! It was a struggle to record, and there's a thing or two I would change, but I still think 2012 me would be pretty damn proud, haha. Finished, not perfect, as they say! Homestuck did so much for me creatively. I'm glad I could be a part of this tribute.

the track is really pretty in a melancholic and reminiscing way so I wanted to encorporate things from earlier in the comic (the tree, the hanging scalemates, and the pink flowers) into a sadder scene that's near the end? The tree's also a clever metaphor for branching paths and al that lol and also it looks cool