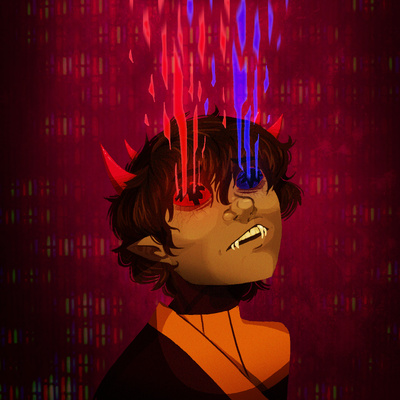 This was written specifically as a theme fro Mituna Captor. I wrote it as a chiptune based loosely off of the Mega Man soundtrack because of Mituna's canon nickname, "Mega Man Sollux." This song was my first test for some chiptune percussion I found in the depths of my hard drive, and thus is alternatively named "Test Track" in one of my own albums. The actual name came from Aranea's short biography on him from Openbound, in which she states that "some great act of heroism" is what burnt out his psychic powers and shattered his mind.

Mituna's track revolves around the event that caused him to lose his power, which is what I've chosen to depict. I decided to translate the chiptune into something visuall resembling a computer error, mirroring the "error" in Mituna's brain.