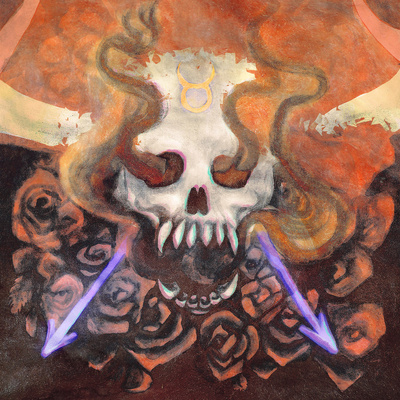 Tracks that The Explored Ruins references:

This song was composed with the intent of having a "Homestuck" feel to it, while being my own creation at the same time. The floating left-hand chord pattern that is heard throughout the song is inspired by Flare, and Three in the Morning. The piano portion was composed before I even knew of the fan album, so it was mostly in the additional elements (the strings, woodwinds, percussion, etc.) that the character was shaped.

As the track progressed, I began to see more and more elements of Rufioh in it. The track follows Rufioh's storyline in that, at the beginning, it is calm and simple, reflecting his life before sGrub and his relationship with Damara. As the tension mounts in the drumline, we discover his feelings for Horuss and the beginnings of his fights with Damara as the strings kick in. The gradual crescendo to the end shows the challenges he faces during the game and the desparation to save the world how he knows it. As his life ends, he reflects back on it, wondering if he could have made other choices to have kept this from happening.

The real challenge about illustrating this song was the fact that it depicted so many different emotions I couldn't just choose one to stand out from all the rest. Together, they spoke of a lifetime summed up in one melody. In the end, I felt like it was a revelation: the experience of having your life flash before your eyes. "The Explored Ruins" doesn't necessarily need to be referring to a physical place, I realized. What about the ruins of your own existence?

Since both Damara and Horuss played such important roles in Rufioh's life, I really wanted to include them in what ended up being not so metaphorical objects: the roses, representing passion but also strangling, hurting love; and the arrows, symbolizing a new union and a new direction. Yet, in the end, everything fades away with one last Breath. How suitable.