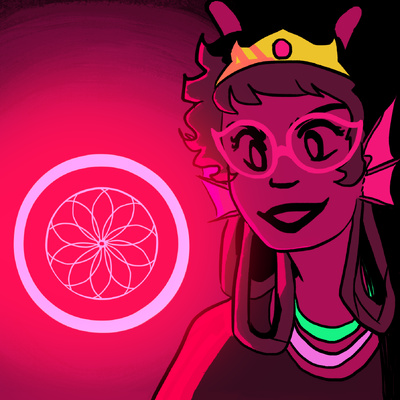 This song is a result of me playing around with the theme from Chorale for Jaspers and stumbling upon a particular preset for one of my synthesizers, "Formant", for which I later named the song. The music sounded so great with that particular synth that I decided to build an entire song around it, and completed Formant in its entirety pretty much later that day. Whilst I originally billed it as a Jasprose theme when she made her debut, for Beforus I've repurposed it as a more general sprite theme that would work for the Beforan session sprites. This album version is extended with a longer intro, and features cleaner audio without the static!

Hey! I'm Siggy and I'm honored to make art for the Beforus album. Listening to this song made me think of the colour pink and Meenah being the best pink troll on the block, I decided to make the picture all pink.