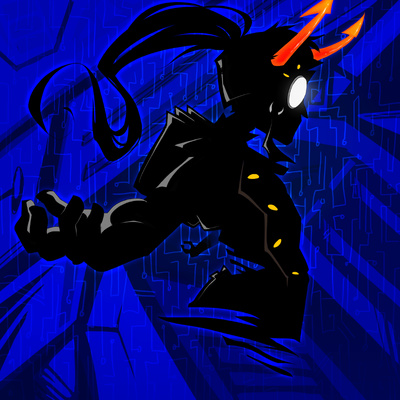 This track was inspired by the fact that Horuss was a very mean kinda dude before the game, and very early on in his relationship with Rufioh. I wanted to make the song creepy and voidy - just like Horuss! Lots of glitch and analog sounds were used, to capture his steampunk inspired design.

This track has a strongly energetic feel to it, combining powerful mechanical sounds with a beat like a hammer drop. I tried to reflect that with sharp, violent lines and an angular, sinister atmosphere.