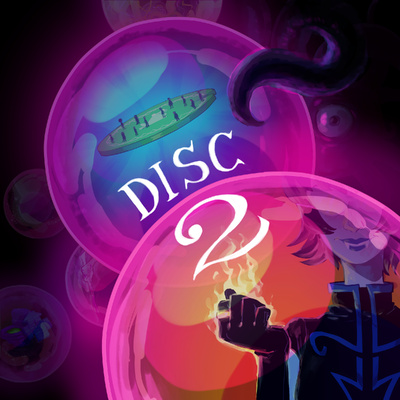 Disc 2 is the longest Disc in Beforus. Unlike Disc 1, which consists of individual themes for each of the trolls, Disc 2 is a narrative depiction of their story. Each song, be it a theme for a particular aspect of a character, a soundtrack for a particular event, or else a scene-setting piece, has been arranged so that Disc 2 roughly forms a narrative story in chronological order, which can hopefully be seen in the music and artwork.

Because this was not specifically the intention from the start, and because some tracks have been arranged in particular awys due to reasons other than theanarrative order (such as when track art depictions do not fit the original order), in some places the placement of tracks is not perfect, or at the very least might be debated. Overall however I think Disc 2 forms a relatively complet, in depth and coherent tale in musical form, and it was definitely my favourite part of the album to put together.

The tracks on Disc 2 follow a narrative approach to the story of the Beforus trolls and I wanted to show that by using dream bubbles, which contain the memories of the dead. And I got to draw a horrorterror, so there's that too. I like horrorterrors.