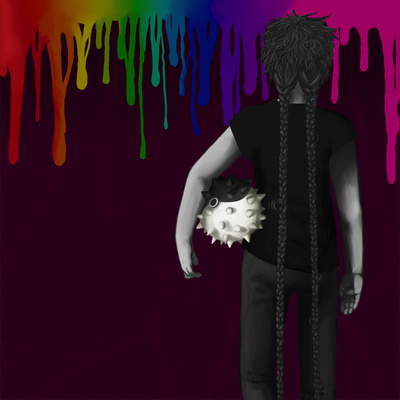 I had a lot of ambitions with this one. It didn't end up how I originally imagined, but I think it's frantic in just the right way, the repititions rae a bit unnerving in just the right way. Boss battle songs odn't usually fade out, but neither do entire universes and their heroes! This track is named after the Beforan session scratch construct, and is meant to convey the inner workings of our lovely Thief during the very last high-stakes moment of her life. The original plan was to include a sadder, slow portion; owever, when it came time to finalize, that just didn't feel right. This was something Meenah ahd been planning ever since the Horrorterrors spoke to her. Of course she has feelings, but she wasn't about to have a change of heart on this: not when it would save all of her friends. She's sweet (and terrifying) like that.

I tried to show Meenah in a situation where she is considering the repercussions, where she's certain this is the best option even though such a huge price has to be paid.